Mystery Writers of America (MWA) welcomes people from all backgrounds, regardless of religion, race, ethnicity, gender identity, sexual orientation, or disability. We do not tolerate discrimination or abuse of any kind, including any form of sexual harassment. After consultation with our general counsel, the Board of Directors drafted and approved the following policy for any MWA-sponsored event, meeting, conference, or professional publishing event where our members may be present. We require our members and guests to comply with this policy.

Anyone who believes they have been subjected to discrimination, abuse, or harassment may report the incident to MWA for investigation, following the procedures set out below.

Mystery Writers of America is committed to providing a productive and welcoming environment that is free from discrimination and harassment. Members are expected to act with courtesy and mutual respect toward each other, MWA staff, service providers, speakers and event participants.

Examples of harassment include, but are not limited to: epithets, slurs or negative stereotyping; threatening, intimidating or hostile acts; denigrating jokes; and the display or circulation of written or graphic material that denigrates or shows hostility toward an individual or group based on a protected characteristic.

Sexual harassment can be:

How to Report Incidents of Harassment or Inappropriate Behavior:

Any member or participant who believes they have experienced or witnessed harassment or other inappropriate behavior in violation of this Policy should promptly report the incident by using the form on our website , or contact the MWA President, Executive Vice-President, or Executive Director.  All reports will be kept strictly confidential.

Upon receipt of a member’s or participant’s report of possible harassment or inappropriate behavior in violation of this Policy, MWA will promptly conduct an investigation at the direction of MWA’s legal counsel. During the investigation, MWA will involve only those deemed necessary to the investigation, and disclosures will only be made on an as-needed basis. If it is determined that the investigation substantiates that a violation of this Policy has occurred, MWA’s officers or Board of Directors, in consultation with MWA’s legal counsel, will determine any disciplinary action. If one or more of the foregoing officers or board members are named in the complaint of harassment or inappropriate behavior, MWA’s legal counsel will identify a substitute to be selected from the Executive Committee.

MWA reserves the right to take any necessary and appropriate action against a member who engages in any form of harassment or inappropriate behavior in violation of this Policy. Such actions may include, but are not limited to, prohibition from attendance at future MWA meetings or events, removal from a committee appointment, suspension or expulsion from membership or any other action deemed appropriate by MWA in its sole discretion.  MWA also reserves the right to discipline members, including by suspending or terminating their membership, for other serious incidents or crimes, following appropriate investigation. MWA may take interim action pending the results of its investigation.

MWA may in its discretion make a public statement of preliminary or final action taken, making every effort to keep all potentially-identifying information confidential. In the event that criminal or civil proceedings are initiated or the names of persons involved become public for other reasons, MWA may, in its discretion, choose to comment publicly. 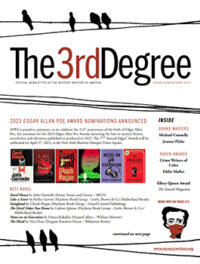