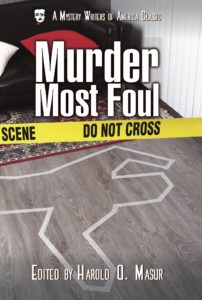 Available via bookstore through special order.

FIFTEEN STORIES ABOUT THE MOST HEINOUS CRIME OF ALL…

Of all the crimes humankind can commit, the act of murder—of cold-bloodedly taking another human life—is often the most shocking, and can tear couples, families, and even entire towns apart.

Mystery Writers of America is proud to present this volume in the Classics series, featuring fourteen stories by acclaimed writers, all exploring the terrible crime of murder. From chill-master Robert Bloch comes a story of outwardly domestic bliss, but with rotten secrets at its core. Mystery master Dorothy Salisbury Davis takes us to a small town where the killing of a mean-spirited landscaper makes the local sheriff question everything he knows in his pursuit of justice. Joe Gores visits the harsh, unforgiving land of South Africa, where a farmer is forever chased by the sins of his past. Patricia McGerr invites us to the White House, where a foreign dignitary’s gift to the First Lady may have deadly consequences. And Ellery Queen solves a curious conundrum of a murdered boxer…and also how his own jacket got stolen while at the match.

Fifteen stories of plots, plans, and perfidy—all in pursuit of the perfect murder… 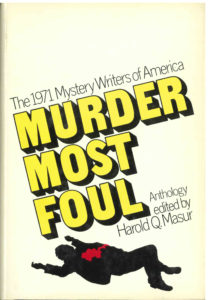 “The Day of the Bullet” by Stanley Ellin

“This is a Watchbird Watching You” by A.K. Lang

“Mind Over Matter” by Ellery Queen

“The Cautious Man” by Lawrence Treat

“Nothing but Human Nature” by Hillary Waugh

“Give Her Hell” by Donald A. Wollheim