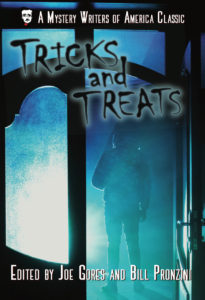 30 Crime and Mystery Stories Good to the Last Line

The McGuffin has long been a staple tool in any crime and mystery writer’s arsenal. A perfectly placed last line of a short story can pull together subtle plot threads into a devastating dénouement or give everything that came before it a brand-new meaning, sometimes even reshaping the story entirely for the reader. 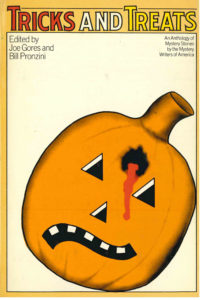 Joe Gores and Bill Pronzini, two of the most talented mystery writers of the 20th century, joined forces to assemble the very best McGuffin stories by such celebrated authors as Anthony Boucher, Harlan Ellison, Joe L. Hensley, Edward D. Hoch, John Lutz, John D. MacDonald, and Donald E. Westlake. They, along with 24 more authors, have created some of the very best mystery stories that often save their best twists for the very last line.

Foreword by Jon L. Breen
The Donor by Dan J. Marlowe
The Pill Problem by Pauline C. Smith
I Always Get the Cuties by John D. MacDonald
The Crooked Picture by John Lutz
Night Piece for Julia by Jessamyn West
No More Questions by Stephen R. Novak
Violation by William F. Nolan
Hollywood Footprints by Betty Buchanan
The Time of the Eye by Harlan Ellison
Face Value by Edward Wellen
The Leopold Locked Room by Edward D. Hoch
If I Quench Thee… by William E. Chambers
The Spoils System by Donald E. Westlake
Rope Enough by Joe Gores
Robert by Stanley Ellin
My Mother, The Ghost by Henry Slesar
Murder by Scalping by S.S. Rafferty
We All Have to Go by Elizabeth A, Lynn
The Little Old Lady of Cricket Creek by Len Gray
You Can Get Used to Anything by Anthony Boucher
Miser’s Gold by Ellery Queen
The Girl Who Jumped in the River by Arthur Moore
Hand in Glove by James Holding
The Silver Curtain by John Dickson Carr
Shut the Final Door by Joe L. Hensley
The Counterfeit Conman by Albert F. Nussbaum
My Sister and I by Jean L. Backus
Goodbye, Cora by Richard Ellington
Multiples by Bill Pronzini and Barry N. Malzberg
The Deveraux Monster by Jack Ritchie