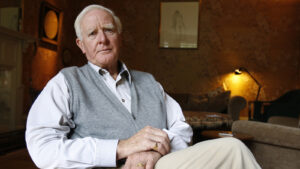 Our genre has lost one of our legends – John le Carré.  He was a spy turned novelist who became the preeminent writer of espionage fiction.  He was 89 years old.